This is the first book to investigate the mysterious death of John F. Kennedy, Jr. Evidence is presented of powerful forces who conspired to assassinate him, and then cover up his tragic death to make it look like nothing more than an accident. Stark parallels are drawn between the elimination of JFK, Jr., and the events in Dallas on November 22, 1963.

This book breaks new ground in two important areas that have yet to be linked and explored by any JFK-assassination historian. John Koerner argues that the CIA’s secret drug trade in Laos, and the president’s effort to end it, provided the primary motive that the CIA needed to assassinate the president. A lot of effort has been made to examine the president’s Vietnam policy, but precious little attention has been paid to the opium trade in Laos that was making the CIA wealthy and powerful beyond its wildest dreams. This book chronicles the president’s secret war with the CIA over Laos, a high-stakes game that cost him his life. Koerner also links the JFK assassination and the drug trade with the other three major assassinations of the 1960s: Malcolm X, Martin Luther King, and Robert F. Kennedy. We will see that all four of the assassinations are linked together, all funded and executed by the CIA to silence the four most vocal leaders who were opposed to the agency’s pro-war and pro-drug policy in Laos and Vietnam. Finally, Koerner examines the impact this has had on the course of history, and imagines a world where these men had lived.

Are you ready for the Truth? Citing historical evidence, including a secret mathematical code in the Gospel of John, John Koerner makes a compelling case that in the mysterious forty days after Jesus rose from the dead he was hunted down, executed, and resurrected a second time. The product of years of research and analysis, Hunting the Nazarene follows the evidence that the Catholic Church covered up the second resurrection for centuries.

The definitive work on the life and miracles of Father Nelson Baker, first published in 2005, is now available in an updated edition.

The Mysteries of Father Baker, meticulously written and researched by local historian John Koerner, first captured the hearts of readers nearly a decade ago. Koerner now offers readers a second chance to revisit this local history bestseller, with never before published information about the miracles attributed to this local humanitarian who died in 1936.

Included is a postscript that explains the latest information on the process for canonization, and why there may a secret reason holding up his potential designation as the first American born male saint. The postscript closes with three intensely personal tales of how Baker touched the lives of three families in their time of need.

"Any attempt to understand Father Baker is lacking unless it addresses the topic of his miraculous power, which he himself did not deny," Koerner says. "This is not an attempt to make him into a 'wizard.' Magic is for wizards and witches who have followed a path away from God. Baker's supernatural power instead is a reflection of his unflinching need to help people, and serve God with the talents afforded to him. This book is the product of a trained historian and college professor, not a book approved and sanctioned by church leaders. It is my attempt to objectively analyze the life and miracles of Baker in a respectful way and let the reader be the judge of what happened. We can simply never know enough about one of the greatest men ever to live in Western New York.

The lame walked. The blind could see. Lepers were healed. These are some of the miracles attributed to the intercession of Father Patrick Power. In November 1929, a million people flocked to his grave in Holy Cross Cemetery in Malden, Massachusetts, to seek one thing, a miracle. Despite the fact that Power had been dead for nearly six decades, many insisted that they had been miraculously cured by him. This is the story of the mysterious life, and afterlife, of this enigmatic, Irish-born, Boston priest who never made it a day past the age of 25. Using previously unpublished interviews, and archival documents, Supernatural Power examines the historical record surrounding all of the known miracles attributed to Father Power, during his life, and after his death. Supernatural Power also objectively examines the complex events of autumn, 1929, when Power's grave seemed to turn into a "wonder shrine." Is Power's final resting place still, to this day, a sacred location for the miraculous, a portal between the powers of this world, and the next? Historian John Koerner, author of The Mysteries of Father Baker (Western New York Wares, 2005) has once again written a meticulously researched book that examines why people, even to this day, insist that Patrick Power may have been more than just a young priest, but a gifted "wonder worker" as well.

Code. Is there a secret rule to explain the miraculous? That is what we seek to find in The Father Baker Code.

In historian John Koerner's sequel to The Mysteries of Father Baker, explore new information on fourteen miraculous tales, twelve never before published, all attributed to the intercession of Father Nelson Baker.

At once a revered spiritual figure and also a practical leader of a parish, Father Nelson Baker accomplished so much in his time on Earth, that even now, more accounts are coming to light about his impact on the lives of his followers. 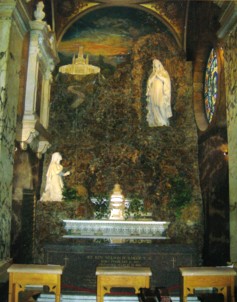 Read of Baker's apparent power over stroke, cancer, Alzheimer's, comas, and even death itself. Delve into the mystery surrounding Baker's healing apparitions to those in need, marvel over one of his stunning predictions of the future, and discover what was perhaps his last miracle performed on this Earth, just weeks before he died.

The Father Baker Code sheds new biographical insights into this humanitarian's life, explores the saintly Baker relic collection of two knight-like local families, and explains in detail the road to canonization -- the road that Father Baker is now on.

In a dramatic recasting of the assassination of President William McKinley, historian John Koerner presents the first ever case for a conspiracy to execute our nation's 25th chief executive. This groundbreaking book uncovers an extensive, meticulous plot that reaches far beyond assassin Leon Gzolgosz.

In part one of The Secret Plot to Kill McKinley, Koerner reveals how Czolgosz was trained and funded by a ring of conspirators who possessed a maniacal dedication to accomplish their goal of murder. Nothing was left to chance when the young anarchist shot McKinley at the Pan-American Exposition in Buffalo on September 6, 1901. 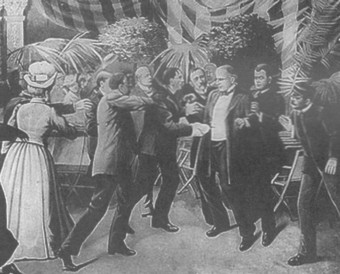 In part two, the supernatural footprint that the assassination has left on Western New York is explored. Many who have lived in the Niagara Frontier have noticed a pattern of association with the sites connected to the assassination that is nothing short of bizarre. Persistent curses, strange deaths, and ghostly stories permeate these locations.

The author of The Mysteries of Father Baker and The Father Baker Code has crafted another book grounded in archival research that takes readers on a captivating ride into the world of secrets and the unexplained.

Known locally as Limestone Hill and later called the "Steel Plant District," Lackawanna, was formed from the westernmost part of the town of West Seneca in 1909. The new city derived its name from the Lackawanna Steel Company that had moved from Scranton, Pennsylvania, at the beginning of the 20th Century.

An industrial future would burn brightly for several decades, and charitable institutions begun by the Roman Catholic Church prospered under the guidance of a humble man known as "the Padre of the Poor," Rev. Nelson H. Baker. His work outlasted the great steel-making plant, but both charity and industry would make the "Steel City" known worldwide.

The term "melting pot" characterized Lackawanna, for its steel industry lured a tremendous workforce composed of various nationalities, ethnic groups, races, and creeds, all striving for the American Dream.

No reservations or tickets required for any tour.

Click the icon above to listen to Professor John Koerner's interview on Coast to Coast AM discussing the Assassination of JFK Junior.

Click above image to listen to John Koerner's interview on Coast to Coast AM discussing "Why the CIA Killed JFK and Malcolm X."

Click icon above to order John Koerner's most controversial book "Hunting the Nazarene: The Second Resurrection of Christ."

Click below to listen to John Koerner's interview with Dave Scott on Spaced Out Radio.